The Hottest Chilies in the World

The Scoville scale is a measure of the heat of the chili pepper and is recorded as Scoville heat units (SHU).  The scale is based on the amount of capsaicinoids present in the chili – with capsaicin being the main constituent.  These are the chemical compounds that cause the sensation of heat when chilies are eaten, and it makes sense that the greater the concentration of this compound, the hotter the chili will be.  The units are names after Wilbur Scoville, who was an American pharmacist.  He investigated the pungency of a range of chili peppers while working at the Parke-Davis pharmaceutical company, originally calling the test for heat the “Scoville Organoleptic Test”.  He used human tasters in his experiments and recorded the spiciness of various chili peppers.

On the Scoville heat scale pure capsaicin has a value of 15 000 000 to 16 000 Scoville Heat Units (SHU).  To put this into perspective, standard pepper spray (as used in self-defence) has a rating of between 2 000 000 and 5 300 000 SHU. Obviously a chili pepper is not made of pure capsaicin, but the world’s hottest chilies have very high ratings on the Scoville Heat Scale.

The table below gives some values of some of the hottest chilies in the world – with the Carolina Reaper topping the list.

The title of the World’s Hottest Chili goes to the Carolina Reaper.  On average the Carolina Reapers delivers a heat kick of 1 569 300 Scoville Heat units.  These chilies originate from Rock Hill in South Carolina, and contain a large quantity of capsaicin.  The chili pepper was bred specifically for its extreme heat by Ed Currie.  He crossed the La Soufriere pepper which originates from the island of St Vincent in the Caribbean and the Naga Viper chili from Pakistan.  The new pepper was given the names Reaper due to the shape of its tail.  Its initial sweet taste soon gives ways to its fiery burn.  It is advisable to eat these chilies with caution as the extreme heat produced can lead to severe headaches, that have been named ‘thunderclap headaches”.  The headaches only lasted several seconds at a time, but appear out of the blue and can carry on for a number of days.

The top spot in chili rankings has changed many times over the years, and there is fierce competition for the number one spot.  Over the years it has been held by the Red Savina, the Naga Viper and the Trinidad Scorpion Butch T.  The Trindad Moruga Scorpion was knocked of the top spot by the Carolina Reaper.

In his quest to maintain the top spot of hottest chili in the world, Ed Currie continued with his cross breeding to produce an even hotter chili pepper.  He has recently developed Pepper X, which is a result of cross breeding several plants with exceptionally high capsaicin content.  This project has been on the go for over 10 years and Currie has said that the Pepper X is ‘two times as hot as the Carolina Reaper’.  This would give the Pepper X a Scoville Rating of 3 180 000 SHU!!!!  However this has not yet been verified by the Guinness World of Records for 2021, so the Carolina Reaper still holds the number one spot officially.

The desire to make chilies hotter and hotter has lead to chili eaten competitions.  Chili eating contests and chili challenges have spread around the world, with a world ranking table for the top chili-eaters from around the globe.    The current League of Fire World champion is Justin ‘the Thunder from Down Under’ Rummel and is considered the toughest Chili head on the planet.  The are various chili tasting leagues and competitions and the internet is awash with videos of people trying to eat the super hot chilies of the world.

le warmth to the meal.  The capsaicin in the chilies acts as an irritant in mammals and this is why we feel the burning sensation in our mouths when eating them.  We are not actually tasting the chilies as the capsaicin actually binds to pain receptors on your tongue and also to receptors that detect heat.  This triggers a chemical response which sends a message to the brain and is why spicy food feels hot.  Spiciness is a sensations of pain and heat produced by various chemical reactions relating to the capsaicin.  The individual peppers may have their individual flavours, like the Carolina Reaper, which initially tastes sweet, before the power of the capsaicin and the chemical reactions kick in producing the heat and pain response.

How to cool your burning mouth!!

The are many home remedies and old wives tales on what to do to reduce the pain and heat after eating a chili (or even in some cases from touching it!).

Your body’s natural response to the chili is to try a cool it down – hence the sweat starts to trickle down your forehead and you may even start to pant as breathing faster also helps with cooling.  The body also tries to get rid of the capsaicin which is causing the heat sensation.  It does this by increasing the amount of saliva, mucus and tears – resulting in a runny nose and watery eyes and

maybe even some drooling!  Eating hot chilies can be a messy affair!

Guzzling a glass of water will have no effect in reducing the heat and pain – and will actually just spread it around more.  Capsaicin is only soluble in fats, oils and alcohol, so the best choice to try and dull the pain would be a glass of milk or some ice cream.  Fat containing foods like avocados or peanut butter are much more efficient in helping deal with the pain inflicted by the chili.  The good news is that the pain is only temporary and once the capsaicin molecules neutralize and no longer bind to the receptors the sensation will fade.  This usually lasts about 20 minutes, but does depend on the type of chili and the amount of capsaicin.

When it comes to eating chilies and all the benefits they bring to your overall health, you don’t have to indulge in head-exploding, eye-watering super-hot chilies! There are many mild and flavoursome peppers which can enhance any meal.  Ranging from the cabernet bell pepper, which provides a lovely bright red colour but deliciously sweet flavour, to Island bell peppers which are slightly less sweet but a gorgeous purple colour, there are peppers to suit all palates.  Banana pepper are a fun shape and the sweet chocolate pepper has a super sweet flavour and make a great addition to any salad.

If you like a medium heat to your food there are plenty of chili peppers to chose from.  The Jalapeno pepper is often thought of as the most popular chili in the world,  they are usually green but turn red once they are fully ripe and a nice spice to you food.  Cayenne pepper is also popular and sometimes called the ‘bird’ pepper and is often used as a powder as an alternative to the chili as a whole.    It is used to flavour foods and drinks all over the world.

The heat and spiciness of the various peppers of the world have been used for centuries to flavour food.  Chili sauces have grown in popularity over the years and are as common as ketchup in the kitchen cupboard.

The best way to eat Chilies

Chili recipes are often passed down through the generations and an example of this is Dr Trouble Sauce.  Hailing from Zimbabwe in Southern Africa, this 120 year old recipe has been passed down through the family, who have stayed true to the original recipe.  Using only natural organic ingredients and no preservatives other than natural lemon juice.   The heat for the sauce is provided from the cayenne pepper which gives the sauce a pleasant heat without distracting from the delicious flavour.  When it comes to chili sauces some like it hot, but many are looking for the natural warm and flavour enhancing properties of a sauce, and in this respect Dr Trouble comes up Trumps.

In conclusion – chilies are great to eat-cooked or raw, in sauces or powders – however you like to get the heat and flavour, it’s good to know, the benefits of chili peppers are wide ranging and are a healthy addition to any diet! 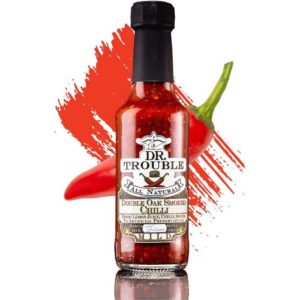 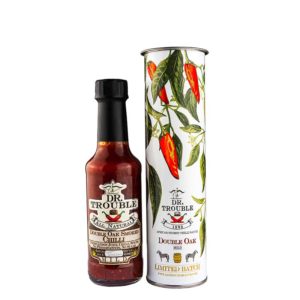 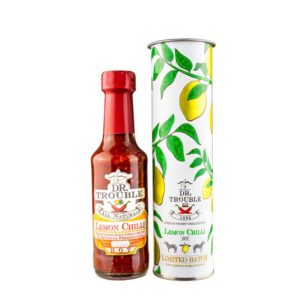 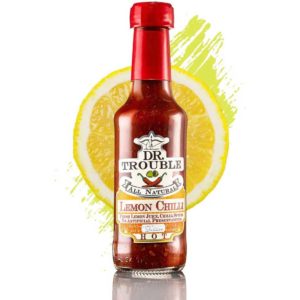